out of the dark 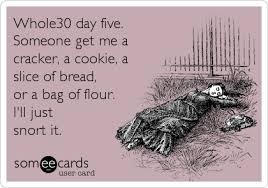 All too commonly my posts are sitting in draft stage until the “news” is no longer new, and my stories no longer interest me.  This one should have been posted yesterday, but I got hung up on a name again.  Who cares really?  Update for today on the Whole30 game.  It’s actually day 8, but day 2 of cutting my nut addiction.  Yesterday had awful stages.  Today I just want to lay down.  Like on the floor… of my office…  Bright side, my pants feel looser.  But my boobs grew.  WTF? 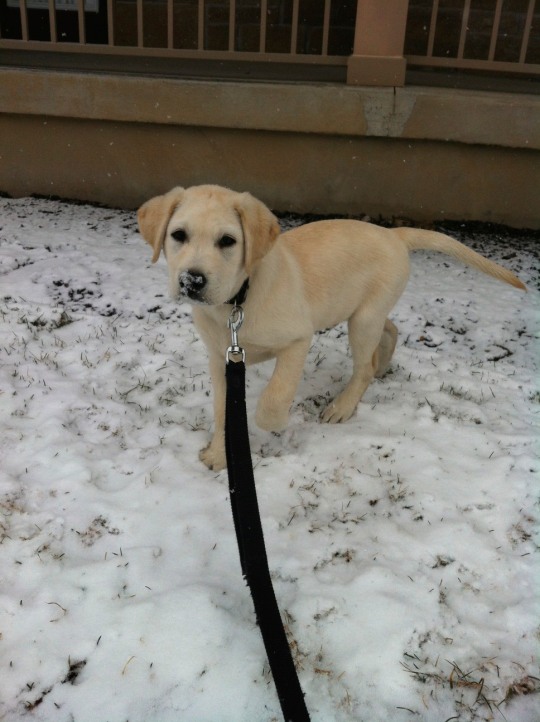 Despite waking up to a snow-covered landscape yesterday morning, it was a really great day.  Snow is pretty… in December.  It’s April.  Started my day with my first WOD that I didn’t have to scale (other than the #95, which I would have scaled on any old day), then a nice Easter Sunday with my mom and aunt.

78 Power Cleans at #85 pain-free!  Yes!  To both bits of that.  My partner and I decided we’d scale the cleans to #80, but I grabbed the wrong plates so we decided “awww… screw it!” and stuck with #85.  As it turned out, the cleans were possibly the easiest part of this little sweat-fest.  And I surrender.  Rest is worth it.

So, you know the dark place you get to when you’re 50 reps into a WOD and realize there’s still 200 to go?  Maybe that gives you an idea of a place I’ve found myself on a few occasions recently.  I can’t pin point why, but there’s a pile of things that have contributed.  I’ve been battling injury since last Sunday so haven’t really worked out in a week!  I mean, I went Monday and scaled “Luke” beyond recognition.  Then realized I should really take a few days to let my sore hip recover.  I mean, I survived the Open relatively injury-free, so one should not complain, but my mind will always have a hard time with the whole “rest day” concept.  Let’s add to the list SP and I decided it was time we needed to get our sh*t together on the nutrition front.  I may have confessed already – my chocolate problem had gotten entirely out of hand.  We’re talking every day chocolate chips and nuts.  It had to stop!  SP and a whole pile of CFD ladies are going to Trinidad in May, so a Trinidad Whole30 group was formed and I jumped right on in.  Who starts Whole30 3 days before Easter?  Yes, that part wasn’t well thought out, but so far I think we’ve all survived.  First time through, I saw whole30 as a challenge and jumped right on board.  This time I’m happy to have the public accountability of the CFD group or I’m not sure I would have survived day 1.

I’ve been somewhat hesitant to write about food.  Some good discussion has come up with a few ladies at the box.  A few comments made recently have stuck with me.  “Sometimes knowing where you’ve been makes it worse” – in regards to having been smaller and fitting into clothes easier.  I have been there.  I still have the size 2 jeans hanging in my closet.  When I lost all the weight before, I held on to my “heavy pants” as a security blanket just in case I gained the weight back.  Until one day when I told myself that would never happen again and in the donation bin they went!  So… while I’m not suggesting I’m the fat kid of so many years ago, I wish I would have kept some of my heavy pants now!  Cause I’m now in a place where I think I need to come to the realization that I won’t be a size 2 again.  And really never should have been.  I wasn’t happier, except for when it came to shopping for pants.  That’s not life.  And I can bet there would have been no chance I could lift like a badass either.

The other comment that registered was “I’m just waiting for the day where I’m happy with my body.” – to which I responded “but when will that be?”.  If you’re a guy reading this, maybe you understand, maybe you don’t.  To all the females, I’m sure you do on some level.  My hesitation comes not from a feeling of being alone, but from an understanding that I’ve been down this road many times before.  I’ve cried to you all the same woes, but still haven’t found peace.  The definition of insanity – Doing the same thing over and over, yet expecting a different result.  I mean, I’m happy I can lift like a badass and that should be enough, but I’m still human.  I still just want to fit in last summers’ shorts and not feel like I’ve been laced into a corset when I zip up my lulu hoody. 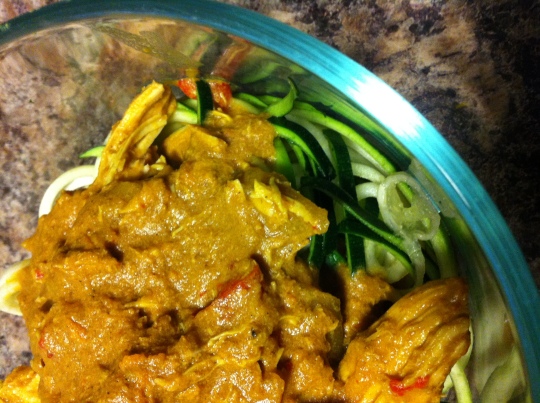 It’s not the easiest thing in the world to get a good food pic when your meal is in a Pyrex container.  But that’s just reality cause without good food prep, I end up really struggling.  Like Tuesday when I had a bowl of Romaine lettuce with some cucumber for lunch.  Fail.  As Coach Dave said when SP threw me under the bus – That’s like all water.  Yup.  Anyways, the name of the game is preparation.  My crockpot has been reborn and holds a semi-permenant spot in my kitchen for the rest of the 30 days and the good old spiralizer has made a regular appearance as well.  If you don’t have one, they’re awesome!  Zucchini noodles are so easy and versatile and the thing even has a great recipe website – inspiralized.com

This is one of my favourites!  Teriyaki something-something. My mom is vegetarian, so I omitted the shrimp and egg and it still turns out incredible.

The 5 Pillars of Health: Speed, Strength, Flexibility, Mindset and the Carnivore Diet

Let's Do Keto Together!